Motorola uses near-stock Android. What is added are features unique to Moto phones, but more on that later. Otherwise, Android on Moto phones is only what Google has made. This allows the phones to work fast, and feel smooth, even on a lower spec phone. The Moto E, while considered a budget phone, works better than most mid-range phones from other companies because the Android version on it is light.
Go to top
Post Views: 1,230 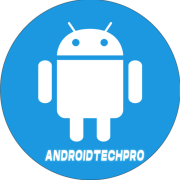 i karan from Kk techno i posting tech related content .